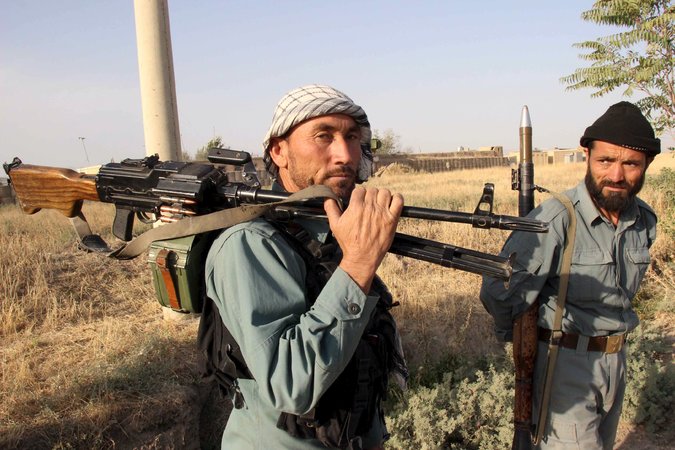 Here’s what you need to know:

Afghan forces today began a campaign to retake Kunduz, a provincial capital in northern Afghanistan, from the Taliban. A U.S. military plane carried out an airstrike in support.

On Monday, the militant group conquered Kunduz, the first major city it has seized since 2001. About 10,000 American soldiers remain in the country, many of them focused on training or advising Afghan forces.

• At the United Nations.

And the president of Ukraine will address the General Assembly at a moment when the crisis in his country is drawing less global attention.

Live video from the General Assembly.

• The crisis in Syria.

It doesn’t appear that Mr. Obama and Russia’s president, Vladimir V. Putin, are any closer to a solution for Syria and its refugees, despite two speeches, one reception and a meeting on Monday at the U.N.

The migration crisis is likely to become much more dire, as the many thousands that have been displaced will soon face much colder weather.

The House and Senate will try to pass a temporary spending measure that would avert a shutdown of the federal government on Thursday and that saves the bigger political feuds for the weeks ahead.

The bill does not include language cutting off federal financing for Planned Parenthood, which some Republicans badly wanted. Planned Parenthood’s president, Cecile Richards, testifies today before one of several congressional committees that are investigating the group’s practices.

An NBC News/Wall Street Journal poll shows that Vice President Joseph R. Biden Jr. would be the most popular presidential candidate if he were to join the race.

CNN says that Mr. Biden has an open invitation to participate in the first Democratic presidential debate next month.

And the cover story of our Sunday magazine is about Donald J. Trump, who says: “The branding of our country is at an all-time low.”

Puerto Rican officials will testify today before a skeptical Senate Finance Committee to explain why the U.S. territory may soon need federal assistance.

The island’s government could run out of cash in November, the officials have warned…………