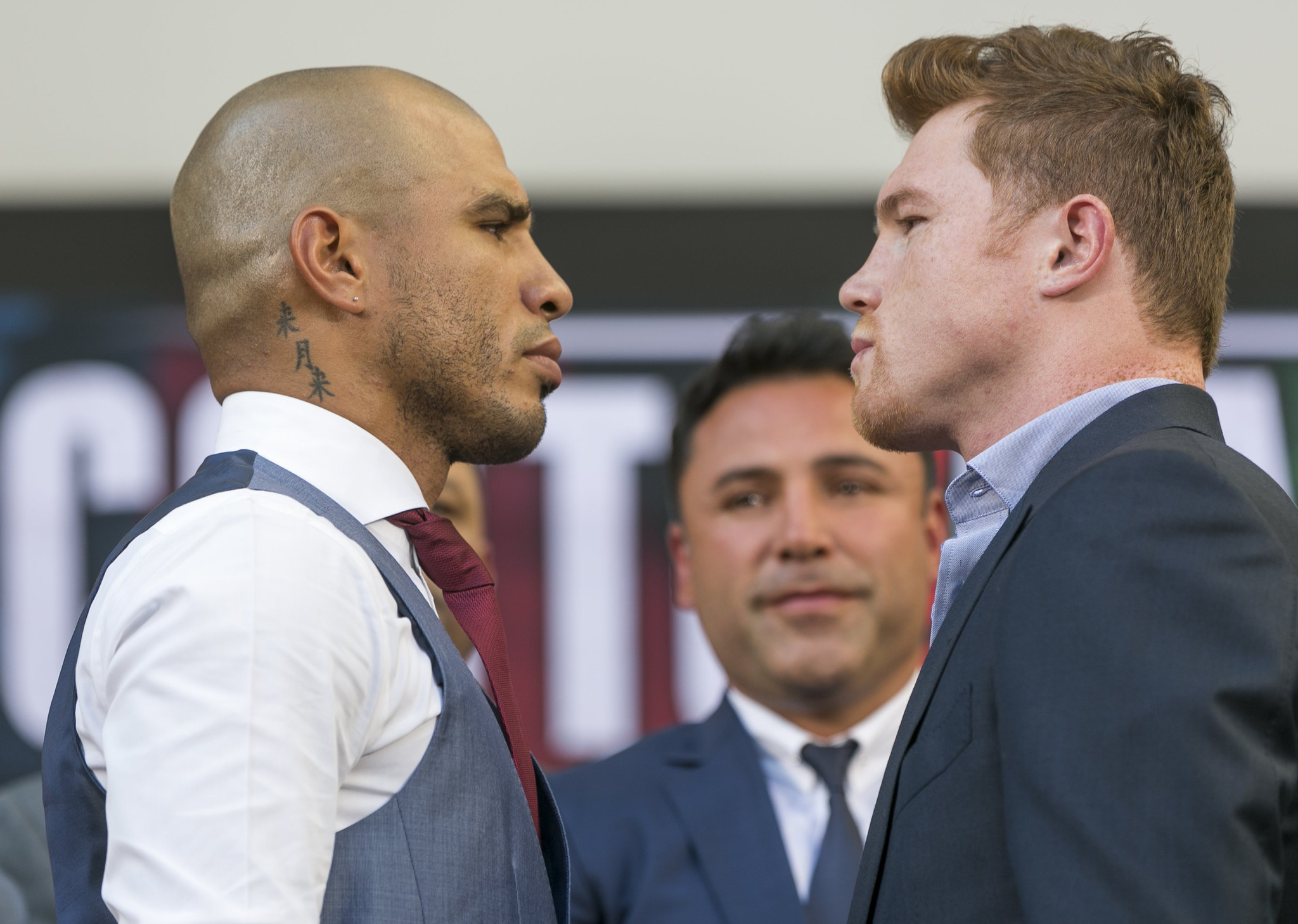 There’s a sentiment around the gym of Saul “Canelo” Alvarez that he’s like a great fastball pitcher.

In most cases, the reasoning goes, that power pitch – which is his power punching – usually decides fights against opponents who want to make things more complicated with technical boxing.

That thinking has made Alvarez (45-1-1, 32 knockouts) a more than 3/1 betting favorite to win the World Boxing Council middleweight belt from champion Miguel Cotto (40-4, 33 knockouts) in their Nov. 21 bout at Mandalay Bay in Las Vegas.

Yet, considering Alvarez’s only loss is to master boxer Floyd Mayweather Jr., and that he escaped with a July 2014 split-decision victory over Cuba’s complex Erislandy Lara, it’s safe to assume Cotto is focused on sharpened boxing.

The champion, who’ll turn 35 on Thursday, has more than 300 rounds as a pro in his mental bank. Beyond defining himself with punishing body punches, Cotto is deemed “ahead of schedule” in training by his respected cornerman Freddie Roach.
Categories: Deportes October 26th, 2015