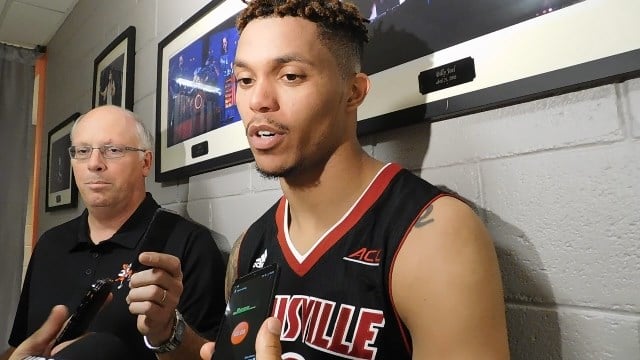 LOUISVILLE, Ky. (WDRB) – Rick Pitino praised transfer Damion Lee in his post-game interview and Lee was equally as appreciative of Pitino in his remarks.

With a young team, Pitino faced rebuilding his depleted squad after the departure of Montrezl Harrell, Wayne Blackshear and Terry Rozier; but it seems like less of a concern now that this team is out on the court.

When asked about fitting into the team as a Transfer, Lee said it’s all about buying in.

“No matter where you go, as long as you buy in – especially for this coming year, this one year just trying to help out the team,” he said. “I think if we buy into this system and what coach Pitino preaches that we can be successful.”