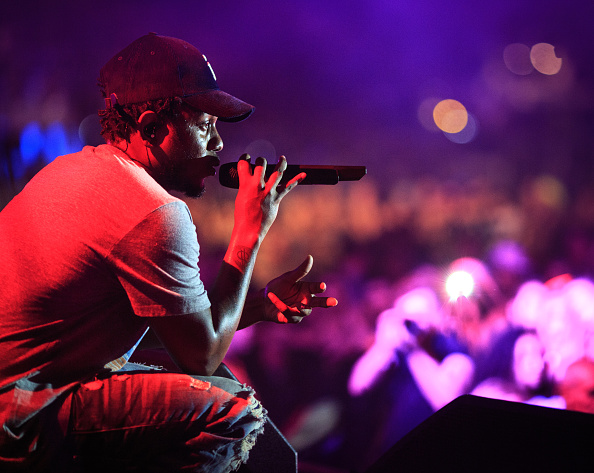 Kendrick Lamar certainly had a blast shooting the upcoming music video for “Alright” over the weekend.

The TDE rapper recently hit Treasure Island in the San Francisco Bay to film the follow-up to the visuals for his other “To Pimp a Butterfly” tracks, “i” and “King Kunta.”

Also, snapshots and footage taken from the set surfaced online. The video was directed by Bay Area native Colin Tilley. It is expected to show Lamar crowd-surfing mid-air, lifted up by approximately 100 extras with flying dollar bills.