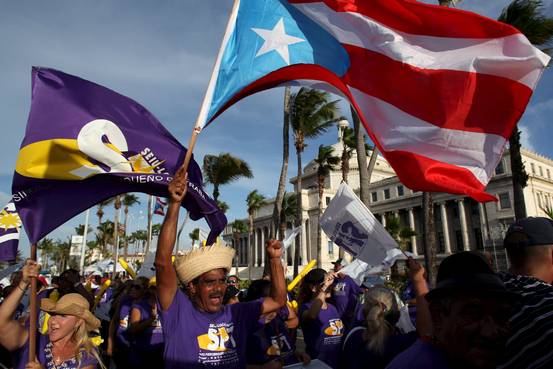 Puerto Rico is to the U.S. as Greece is to the eurozone: a heavily indebted, mismanaged economy locked in a monetary union with a much richer neighbor.

Puerto Rico is sliding into crisis as Greece did five years earlier. The U.S. commonwealth defaulted on some debt in August and could run out of cash by November, forcing it to slash jobs, pensions and other social payments.

To avoid an economic and human catastrophe, Puerto Rico needs to cut debt and boost economic growth. The Obama administration proposed a plan last week that addresses the first but does too little about the second. Without fixing Puerto Rico’s underlying economic problems, even a reduced debt will be unsustainable.

With $72 billion in debt, Puerto Rico and its public enterprises owe an amount equal to 100% of annual output. That’s well above other Latin American countries, though in line with some advanced economies. This is due to persistent budget deficits and dismal economic performance: Puerto Rico’s economy has shrunk almost every year since 2007, and its labor force has declined 16% as workers move to the mainland in search of better work.

As the economy contracted, debt ratios and borrowing costs rose. Last year, Puerto Rico had to pay 8.5% to borrow from hedge funds, more than double what states typically pay in the markets. No government can survive such a toxic combination of high rates and shrinking output for long.