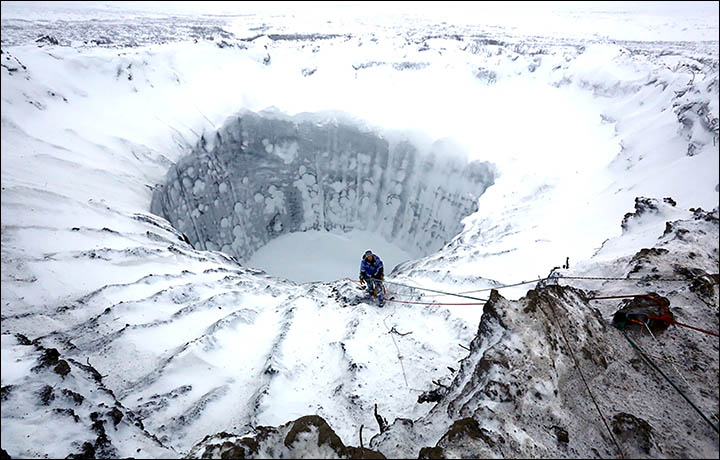 A mission this week to the newly-formed crater on the Yamal Peninsula in northern Siberia is expected throw fresh light on how this and other such phenomenon were formed. Experts are working on a theory that gas hydrates caused underground explosions in the same way as eruptions under the Atlantic Ocean may have led to the Bermuda Triangle phenomenon.