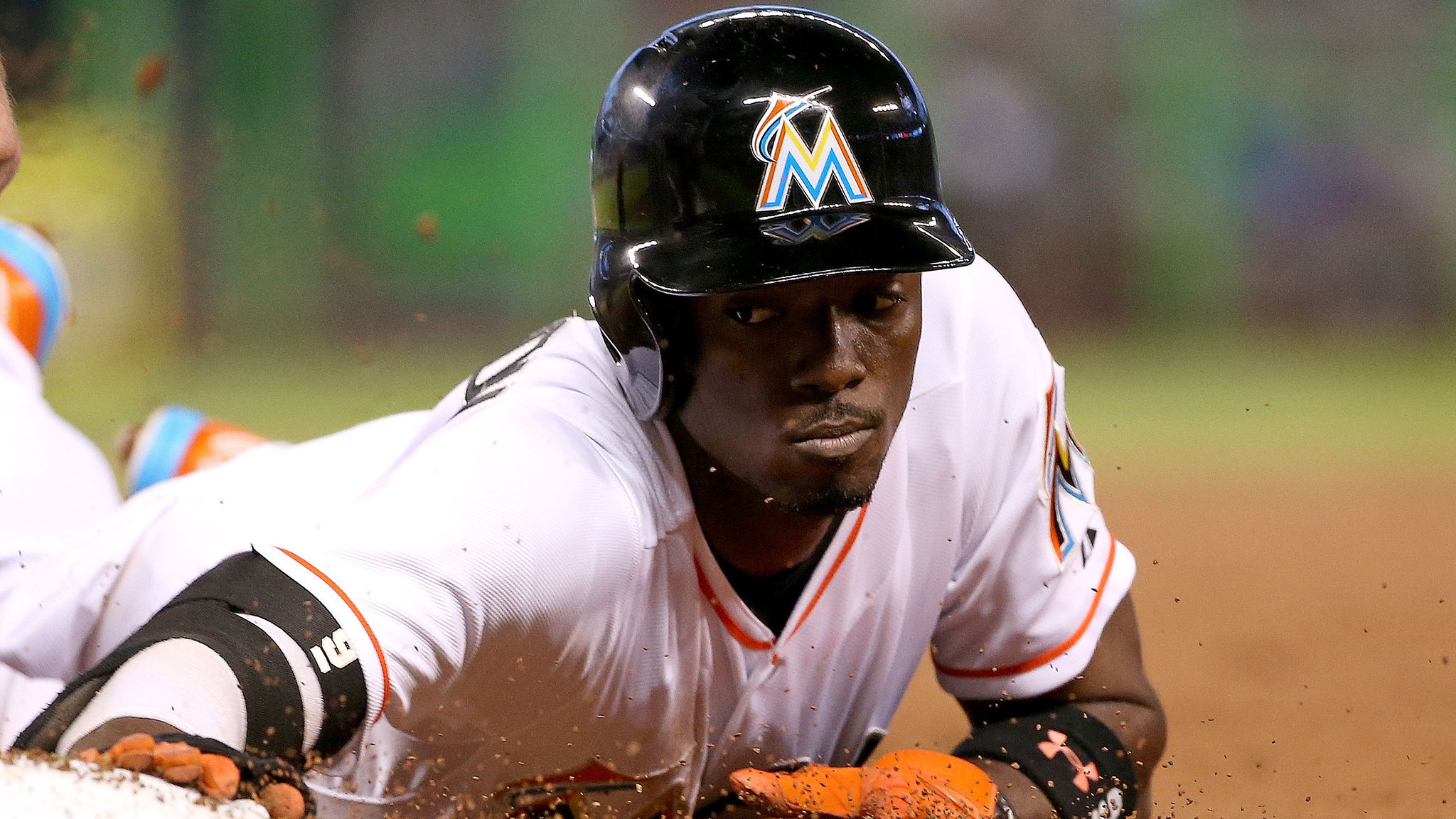 For the Dodgers’ new front office, this could have been a coup. Dee Gordon is the most productive player in the major leagues, and the Dodgers are paying him.

Except, of course, that Gordon plays for the Miami Marlins.

The Dodgers so wanted to bolster their depth last December that they traded Gordon and pitcher Dan Haren — and the $12.5 million to cover their 2015 salaries — for four members of a supporting cast. The Dodgers flipped one of them, pitching prospect Andrew Heaney, to the Angels for second baseman Howie Kendrick.

The Dodgers are happy with Kendrick, who has ably filled the middle of their lineup in the absence of the traded Matt Kemp and the injured Yasiel Puig. But take a look at Fangraphs’ WAR — the “wins above replacement” number that purports to be a catch-all for player value — and as of Saturday, Kendrick ranked No. 10 among second basemen, No. 112 overall
Gordon ranked No. 1 overall. Mike Trout of the Angels ranked second, followed by Joc Pederson and Adrian Gonzalez of the Dodgers.

It’s not hard to see why. Gordon began the weekend batting .437. That all but laps the field, with Gonzalez second in the majors at .373.