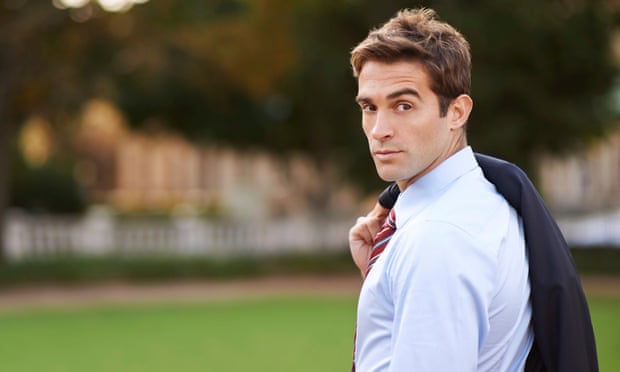 Why’s that? Country Life magazine, which has jurisdiction over these matters, has declared a list of 39 attributes that any modern gentleman must possess. It’s unlikely you’ll have all of them.

Try me. Do you tip the staff in a private house and the gamekeeper in the shooting field?

Um, I don’t know really. I’ve never been in either of those situations. I do know some people who have an au pair, but wouldn’t it be a bit weird if I just randomly gave her a tenner? OK. Let’s try another one. Do you wear your learning lightly?

Well, I don’t really know anything. Does that count? I suppose so. Can you train a dog and a rose?

At the same time? It doesn’t say. Can you do either of them?

No. Do you know the difference between Glenfiddich and Glenda Jackson?

What are these questions? Is Country Life drunk? Usually. Or maybe that’s just Rupert Uloch’s style. He’s the deputy editor who wrote the list.

What makes him such an expert? “Rupert grew up in Hampshire and the Sudan. He joined Country Life in 1994, after six years in the Household Cavalry.”

That checks out. Still, I doubt the relevance to modern life of ancient practices such as tipping servants and recognising Glenda Jackson. Ah, Country Life has thought of that. According to it, a “modern gentleman” is also “aware that facial hair is temporary, but a tattoo is permanent”.

Are any living humans not aware of that? A gentleman also “turns his mobile to silent at dinner” and “knows when to use an emoji”.

When should you use an emoji? When writing a text message, I suppose. Not in an obituary.

I don’t think I’m doing very well at these. Don’t worry. A gentleman also “knows that there is always an exception to a rule”.

Don’t say: “This is just escapist claptrap preying on people’s feelings of inadequacy.”